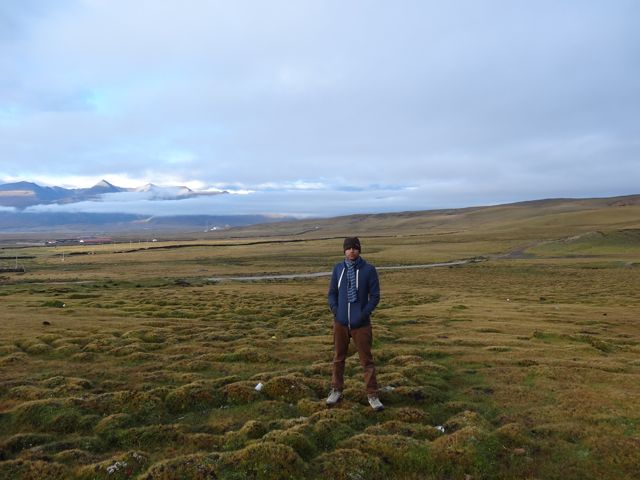 Warning: This post is quite graphic. The reality is that this is an important part of religious beliefs which some people may be offended by. Quite frankly acceptance is the better route, than to take offense.

Tibetan Sky Burial is the way Tibetans conduct their funerals, or at least as they did traditionally  It seems many people (including the Chinese) are pretty interested in the Tibetan ritual of Sky Burial. The ritual may have begun tens of thousands of years ago, since burying the dead on the Tibetan plateau is difficult due to its rocky ground.  Regardless, the Chinese government once banned the ritual all together, then reversing course, and rumors say they may ban it again anyways.

Tibetan Buddhist belief is that after death, the body is no longer of value. The soul has left to be reincarnated to another form. Therefore the body really serves no purpose, it was only a vessel that must be returned to the earth. Therefore the body is then given to animals and other predators to take away. Any form could allow the body to be returned, but sky burial seems more ritualistic. Maybe for this aspect it became the popular form of Tibetan funeral.

The body of the deceased is brought in from the town by locals by foot. At the edge of a hill the body is then uncovered and placed in front of a Shaman and family members. At this point the ritual begins, immediately vultures begin to come and set on the opposing hill. Friends and onlookers are then invited to join on the side of the hill. The Shaman then makes quick strokes with blade into the skin. Carefully slicing the body while speaking in hums. Parts are then taken off which the animals will not eat.

Soon the hums come to an end. The ritual is over. The Shaman steps back and it is time for the onlookers to step away. Only the Shaman and family remain as the vultures leap out from their hill to take the body away. They are swift and graceful, yet they respect the Shaman as he remains close and ensures they take the man away. At the end of the ceremony the vultures spread their wings in an eerie ritual of their own. At the bottom of the hill, Tibetans hold a feast with bread and tea.

The whole affair is quite difficult to watch, but it seems in Western culture there is an idea that after death the body still holds value. This idea interferes with even Western religious custom, but for whatever reason we still see the body as holy. For Tibetans the body has lost its value, there is a strong connection to the idea of a soul. For them there still is sadness, but hope in the idea that the souls of the lost have found new homes. For this I must say the sky burial is ritualistic rather than barbaric. To experience such a thing should only be for those who can accept this first, rather than attempt to see how such a ritual fits into their own norms.

Litang has sky burials usually on Mondays and Wednesdays. It is good to head there around 6 am. Be respectful and pictures are usually not allowed during the ceremony.