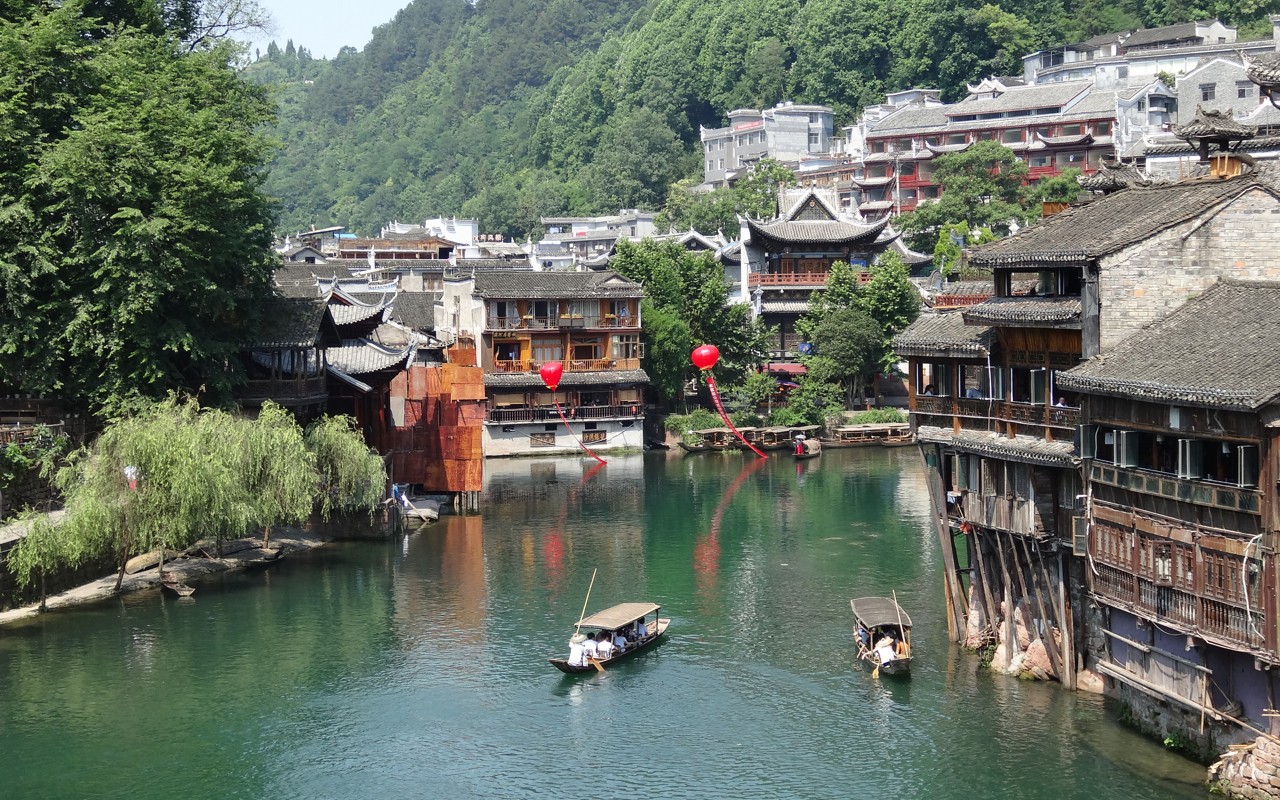 Fenghuang from the old bridge

Named after the mythical Phoenix, Fenghuang remains an enchanting city on a river. The city remains exceptionally preserved, albeit like most of China’s historical towns it is growing. Historically speaking, the city is far more famous for its Miao history. This minority group launched an unsuccessful rebellion, that ended with a Miao Diaspora into southeast Asia. A southern great wall (that was extensively rebuilt) is nearby, which was to protect China from the Miao (by taking their holy city in the process).

The city retains its charm and provides many attractions which might be interesting to some people. A recent controversial ticket policy has been put in place, which means you must pay 148 RMB to enter. This includes tickets for many of the attractions within the city, as well as a mountain further away. The ticket has come with a great deal of backlash from locals, who feel it will restrict the number of visitors and go into corrupt hands. City officials say that the money will be used to preserve the city. It seems the locals won, at every entrance there are some shady characters that work in joint with the ticket vendors.

The ticket vendor will ignore you and tell you to buy your ticket from the old ladies aggressively selling the tickets. As we can see this money will surely go back to the town! Once you have realized this is a giant scam, you can find a taxi which can take you upriver to an entrance that does not have ticket vendors (there are some spots that still check, but I’ve noticed that very few Chinese tourists had the tickets and found other ways around). Besides the scam, 148 is unaffordable to the many poorer local tourists who will be restricted once again from this growing industry.

More than a day here may be a bit excessive. Fenghuang is quite expensive to the point that even street vendors are charging 5 times normal prices. The city is actually very poorly connected to the rest of China. 1.5 to 2 hours away will take you to other cities which are better connected. Tongren has both a railway station and an airport. Huiahua has a railway station and many buses (if coming from the west, Tongren is easier and closer to Fenghuang). Jishou also has a railway station. Fenghuang is a pretty large city that has more “new” parts than the old ones.