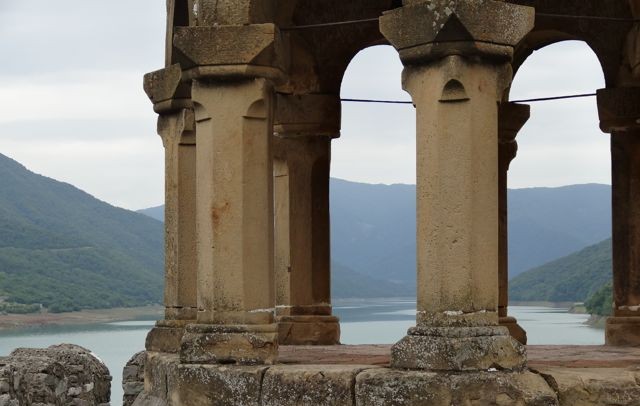 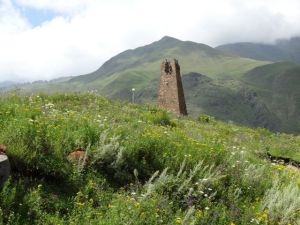 Georgia, often mixed up for its American counterpart, has some of the most fantastic landscapes in the Caucuses. The country has been relatively unknown up till 2008 during the Olympics in Beijing when Russia invaded. Russia was almost at the gates of Tbilisi, Georgia’s capital, before it turned back around. Since this backfired attempt, Georgia has pretty much lost two territories, Abkhazia and South Ossetia. These territories are pretty much off-limits since the border is closed. 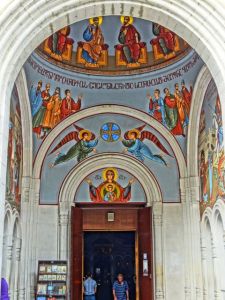 Tbilisi, which lies almost in the center of the country, is built among gorgeous green cliffs. From there most of the country seems accessible. The reality is that most of Georgia is made of pretty undeveloped rocky roads. This makes any ride anywhere an incredibly unpleasant journey. The roads that go to Azerbaijan, Armenia, and Turkey are pretty well paved though. The road to Kazbegi is a whole other story. 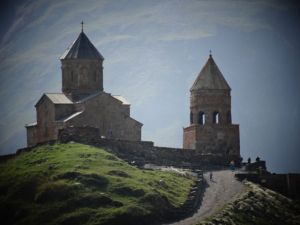 Other than a war, Georgia has a growing English teaching expat population along with one of the greatest cuisines in the world. Georgian food is the holy grail of fine eats, you will really find nothing like it anywhere else. Khinkali is a kind of dumpling filled with potatoes and cheese. Khachapuri is amazing cheese stuffed bread. Along with lobio and ajapsandani make a crazy and amazing feast.

Tbilisi has several connections connecting it to all of its neighbors. Many of the international connections can be found at Ortachala bus station, near the American embassy. The Russian border is only open to CIS citizens. Finding a connection can be difficult at first, but most people there speak a little bit of English. There are SEVERAL busses going to Turkey, most via Batumi. Metro is the most popular Turkish bus and has several departures daily all the way to Istanbul. There are several night busses, but keep in mind that as nice as the bus is it will be a very long ride.

I have separated Georgia into three sections: