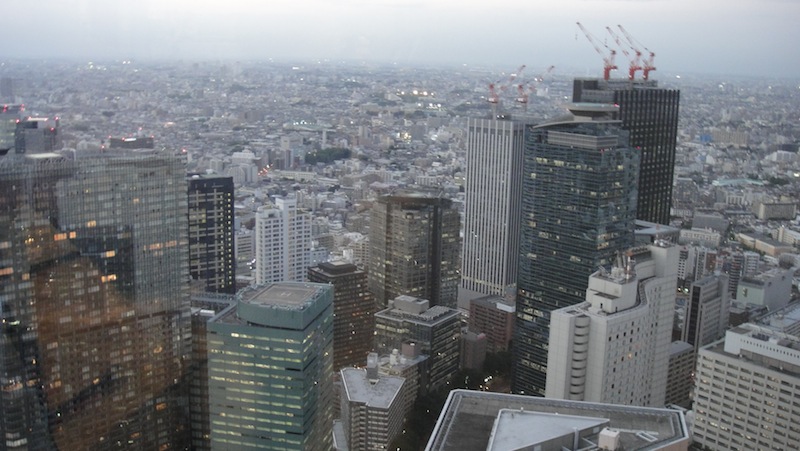 The capital of Japan and one of the most famous cities in the world is Tokyo. The very word conjures up ideas of a post-modern metropolis, but I would argue that Tokyo (including Japan as a whole) is more of a relic of its pre-bust boom days. This isn’t necessarily a negative association, but I feel there is a myth of Tokyo as some sort of city of the future. This seems like something you are more likely to find in China or in Gulf country. Tokyo has a certain mystique you may not find in many major cities. It is colorful and booming, but it can also be quiet and eerie.

One of the main attractions is the Imperial Palace which is accesible by previous reservation. The Imperial Gardens are open to the public, but keep in mind are exhaustively large and can take quite a bit of energy to walk through. The Sensoji Temple is also a pretty cool temple to visit. There are several shopping districts around the capital that are worth the visit.

Another nice area is Ueno, where the massive park is quite interesting for a stroll. Around the park are the major museums of Japan. The Tokyo National Museum is massive and has many ancient pieces from Japan’s history as well as a nice clean layout. Poor? No problem. The Tokyo Tower is nice to go up to at night, BUT is quite expensive to go to the top. Instead head over to Tokyo Metropolitan Government building. Entry is free and it is a very tall building. At the top is a restaurant which is actually pretty reasonable in prices, especially for the view you get.

Tokyo is a great city, no reason to miss it, but maybe it is more fun for just a night or two. Japan is actually a pretty big country and it is easy to miss a lot if you just stay in Tokyo.